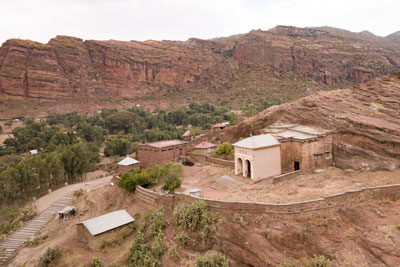 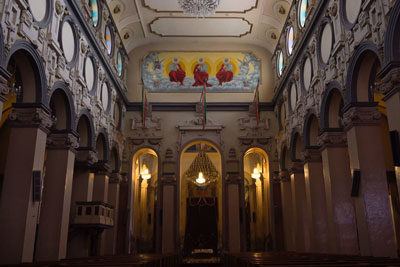 this Cathedral (build in 1942) is a cemetery where important figures of the country are buried at. Inside the cathedral you can find the grave of Emperor Haile Selassie I. 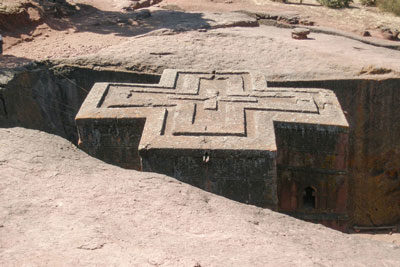 part of the UNESCO World Heritage Site "Rock-hewn churches, Lalibela", represents one of the wonders of the medieval world. 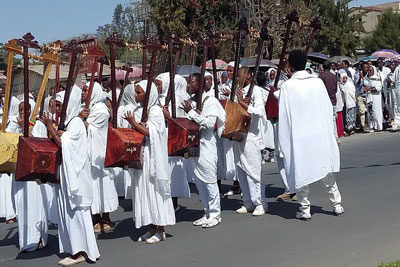 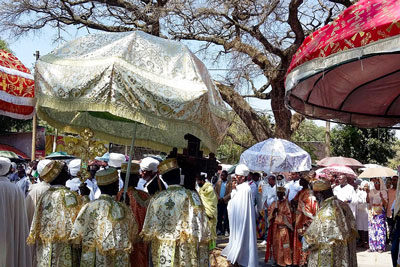 one of the most magnificent church celebrations 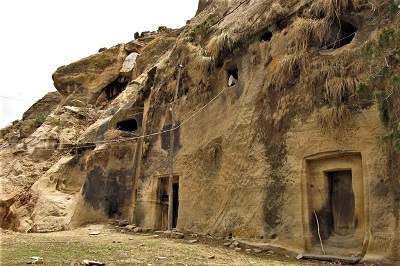 one of the oldest churches in Ethiopia

The main religions in Ethiopia are:

Many Ethiopians believe that the Ark of the Covenant exists and still rests in Aksum.

It seems likely that the Ark was brought to Ethiopia when Menelik I returned to Aksum from his visit to his father, King Solomon, in Jerusalem. According to the Ethiopian Orthodox Tewahedo Church, the Ark of the Covenant has remained in Ethiopia ever since and is now kept in a small chapel, which stands at the heart of Aksum’s monastic complex of Saint Mary of Zion. This makes Aksum the holiest sanctuary in Ethiopia.One holy monk is elected and charged with its care and preservation. He becomes the guardian of the Ark. No-one, except the official Guardian (a monk), who looks after the Ark of the Covenant, is allowed to enter the chapel. Before the guardian dies, according to Aksumites tradition, he must nominate his successor.

According to the Ethiopian Orthodox Tewahedo Church belief, the faithful must abstain from eating meat and diary products to attain forgiveness of sins committed during the year, and undergo a rigorous schedule of prayers and atonement.

Church services are held daily in all Orthodox Tewahedo Churches from early morning to 3 PM.

History of the Church of Ethiopia

The Church of Ethiopia, according to tradition, goes back to the 4th century when a Christian ascetic by the name of Meropius came to Ethiopia with two young men – Frumentius and Aedesius.

Meropius became sick and eventually died, but the two young men, who came with, him became aids to the Aksumite king. Frumentius went to Alexandria to the Patriarch Athanasius with a request to help in evangelizing the kingdom of Aksum. Athanasius consecrated Frumentius as the first bishop of Aksum. After this, Frumentius returned to Ethiopia, where he led missionaries and churches in spreading the the faith. What led to the Christianization of Ethiopia however was the conversion of King Ezana (330-356 AD). Once Ezana converted to Christianity, he made it the state religion and, within a few centuries, the church came to dominate the life and culture of the nation.

Until 451 AD, the Ethiopian Church was in direct communion with the universal Catholic and Apostolic church which included both the Western and Eastern churches at the time.

The Ethiopian Church was under the jurisdiction of the Egyptian Coptic Orthodox Church until the 20th century.

Through the centuries, the Ethiopian Church has been successful in preserving its character and existence both in the onslaught of non-Christian opponents such as Muslim invaders and other Christian groups which have disagreed with its theology. 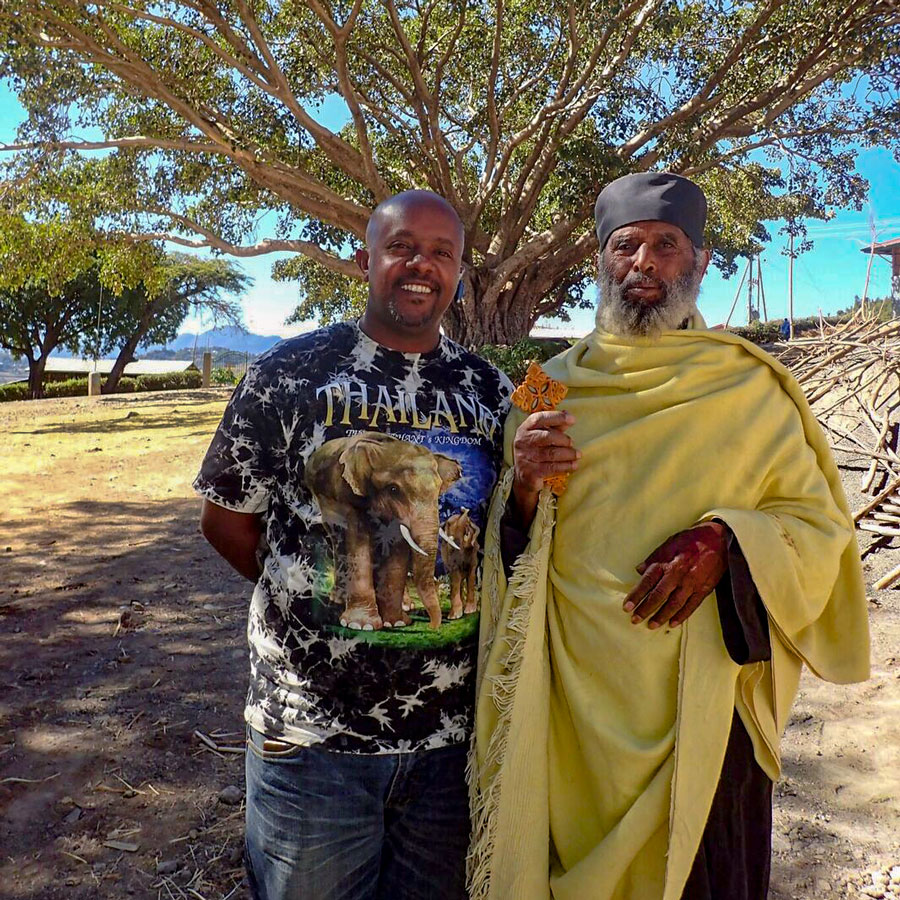