In the Eastern part of Ethiopia

“Adventures in Ethiopia” can offer you peaceful excursions with scenes in the mountains, historic Muslim villages, and something more extreme – adventures in the caves. Are you ready to go with us? 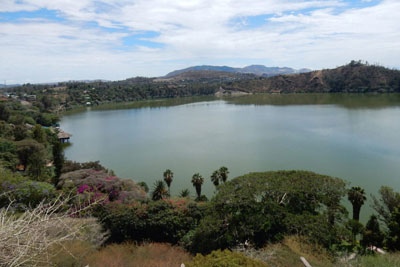 surrounded by 7 volcanic crater lakes, where you can meet number of birds including knob-billed and red-billed ducks, Southern pochard, African pygmy-goose and white-backed duck, as well as many migratory species. Bishoftu is good city for relaxation. 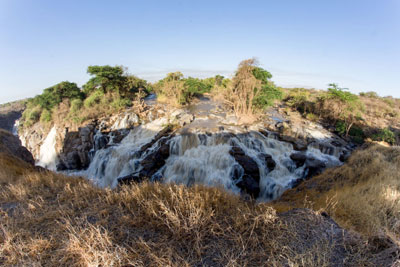 The magnificent Awash falls and gorge – in the South of the park the Awash River has an impressive waterfall. In the rain-season it falls into a 150 m deep gorge. Sorry, but it is inhabited by crocodiles 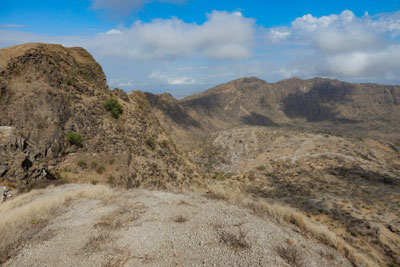 after climbing on the top of crater you can enjoy the terrific view into the crater. It is still steaming! 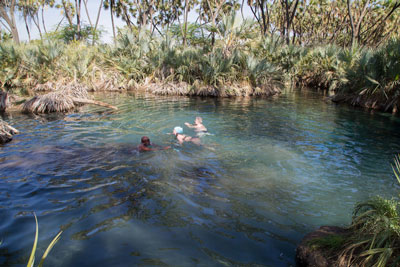 you can swim in the turquoise-blue pools, but they are not as refreshing as they look. The temperature touch 45°C and crocodiles lurk in the cooler areas. The beauty around the springs is boosted by the doum palms, used by the local people to make mats. After 5pm the area comes alive with birds and lions can sometimes be heard. Leopard, cheetah, hyena and golden jackal are present at night. 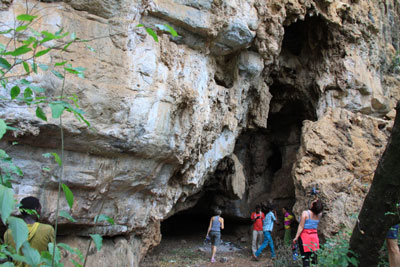 the whole mountainous province where Gelemso is situated has natural caves of different sizes. The most famous are three caves found near Mechara town –Achare-Aynage caves – these are newly discovered caves in Daro Labu district, 6 kilometers to the nearest town of Machara. Both Achare and Aynage Caves were identified as the second biggest caves in Ethiopia, next to the Sof Umar Cave. These caves have a complex network of passages with two entrances. These caves are attractive for researchers and adventurers.  Rukiessa cave  and Barro cave – was discovered in 2009, is also the cave that needs further and deeper exploration.

this cave is found in Habro Woreda in Ibsa village at the distance 100kms from the Ciro town, or 25kms from the Galamso town. There are bats and spiders throughout this cave.

The speleologists who studied the cave say that they have explored only some parts of the cave, though there are plenty of caves in the area which can be potential destination areas for tourists and interested researchers. 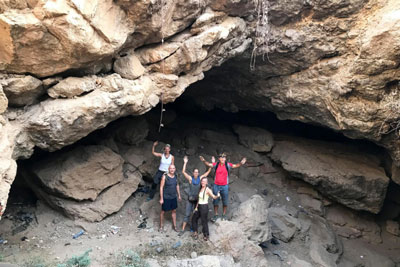 known for its many prehistoric cave paintings. Dating back an estimated 5000 years, the crude red, white and black figures depict humans and animals, some of these caves have achieved international recognition of the French and American Geologists. Goda-Ajawa – though the paintings, including some palm prints are good, they’re fewer and less varied than at Lega-Oda, and graffiti around the paintings mars the site.   Lega-Oda – by far the best cave-art site around Dire Dawa, this 70m-long rock shelter holds some 600 paintings. The figures clearly show humans, antelope, anteaters, camels and groups of lines and dots. Porc-Epic – the best known and easiest to reach cave has a few rock formations, making it the most geologically interesting of the three, but the paintings are largely obscured by soot. Enkuftu Cave

the walls which still surround the old city, have been constructed by Sultan Nur around 1560. This old walled city with its steep cobbled streets and white houses breathes a special, relaxed and lively atmosphere. The old city has 108 mosques from which the oldest is of the 12th century.

The most famous attraction of Harar is the hyena man who, according to a 50 years old tradition, is feeding a troupe of hyena’s with meat every single night. 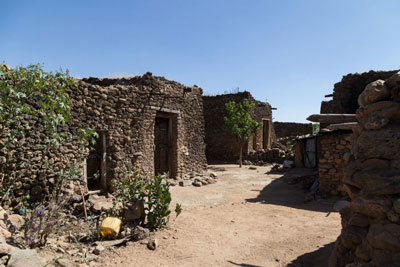 inhabited by Argobba people who ended up in this area in the 12th century and still inhabit much of the area to the southwest of Harar. The village as it is now, might have seen only marginal changes over the last centuries, and the strategical location of Koremi is still perfect. Not just for defensive reasons, it gives great views over the surrounding landscape. 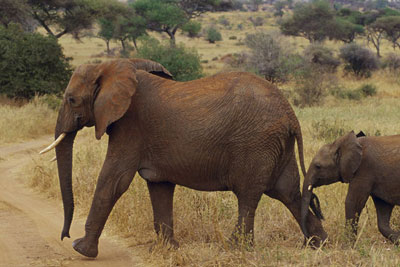 there are elephants and other mammals living in the park.  Black-maned lion, Leopard, Cheetah, the Hamadryas Baboon, Papio hamadryas, Menelik’s bushbuck, Soemmerring’s Gazelle, and greater and lesser kudu live there. The bird list of 227 species includes the endemic Salvadori’s serine. Of the reptiles, noteworthy are enormous tortoises.

Babille is also home to the hot thermal springs. There are interesting geologic rock formations at Dakata’s Rock Valley with a wonderful balancing rock as well as lower hoodoos. 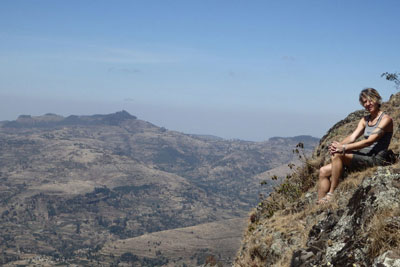 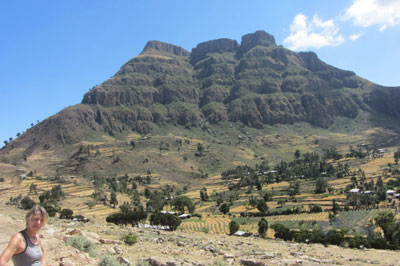 this cave has seven wide entrances, three wide rooms with the height of 8-10 meters accommodating more than 30 people at a time.

Oromo Cave or “the Gursum Pearl”

it’s unique creation of different structures of plant like rock, water-born animals and flower- like plants make the cave a potential research site in the future.

Whatever your idea of adventure, Adventures in Ethiopia is sure to have something to excite your imagination! Contact us and we will be happy to help you.